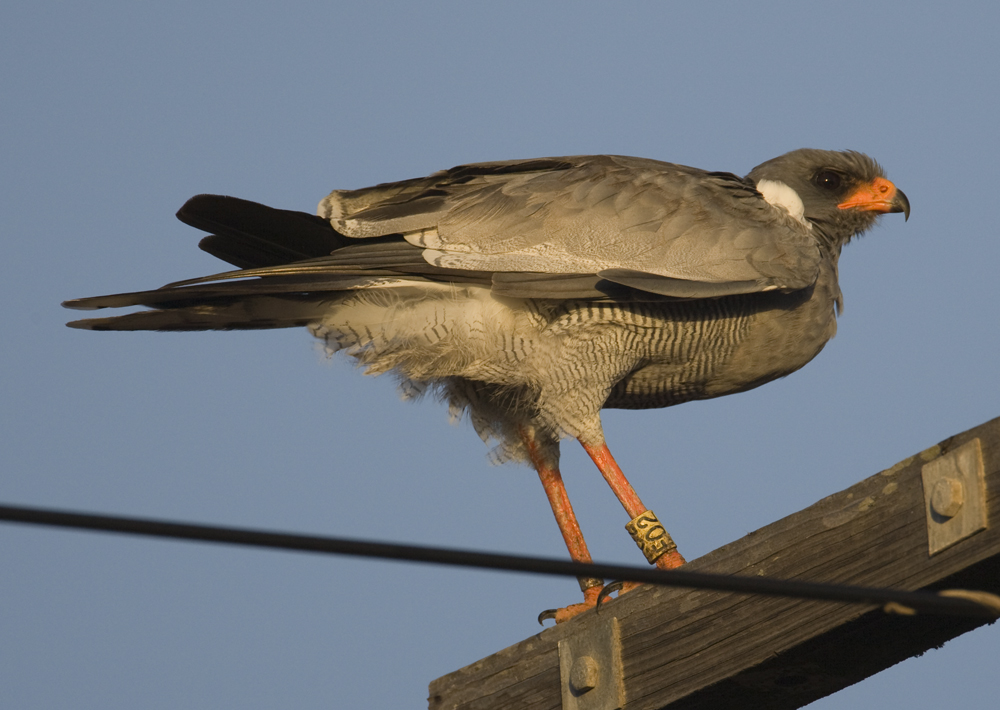 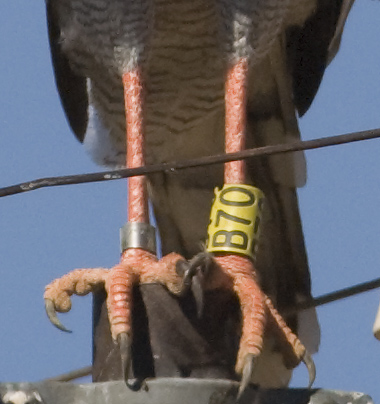 The Pale Chanting Goshawk (Melierax canorus) is distributed throughout Namibia and Botswana, except in tall woodlands in the north, and in most of the Cape Province and the western regions of the Free State and the Transvaal. It also occurs sparsely in southwestern Zimbabwe and Lesotho. It is near endemic to southern Africa with less than 5% of its range extending into southern Angola. Geographically its range is separate from that of the Eastern Chanting Goshawk M. poliopterus of East Africa.

This project has supplied each ringer/group with his/her own ringing codes. Canadian colour rings with certain number series (see below) were issued to raptor ringers. There are at this stage 7 people/groups taking part in the project who largely trap in the following areas:

All will use plastic YELLOW rings with black Alpha-numeric codes.

Members of the public and birding fraternity that observe marked birds only have to report species, date, location and the code.

All data on birds marked, measured and resighted must be sent to SAFRING. You can resight marked individuals as often as you like.

EWT - Ringing and colour-marking of raptors